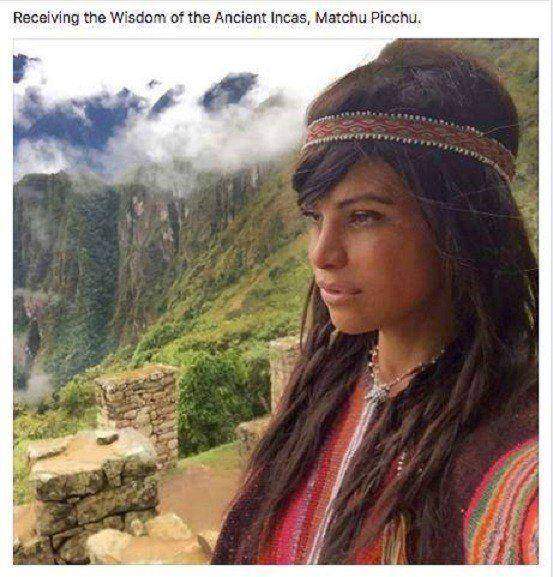 We hate to break it to ya, but it ain’t always as peachy as the feed suggests

Are you a slave to the man who daily arrives to your desk/work-site/checkout on time for fear of reprimand and unemployment-induced poverty, only to spend the next half an hour scrolling your socials and sending vibes of hatred out to all of those people who are littering your feed with photographic evidence of the superiorly enjoyable lives they are leading abroad? Dry your eyes you nameless, faceless cog, for all is not as it seems. We debunk the mysticism of those summer travel shots you are sick to almost literal death of seeing.

After your commute to work in the winter cold, is there any greater slap in the face than seeing the tanned, gleaming flesh of a frenemy’s legs off-set against the bluebird sky of some slice of European coastline? Don’t let the hotdog to the cheek sting you so, Stephen from Electronics, because there’s a reason that body shot ends at the knee. The owner of those legs would have loved to taunt you with a full-body shot of their toight rig, but they can’t because they’re fucking fat now thanks a diet of beer, processed carbs and cheese. They’re not even that tanned, they’re just heavy-handed with the Insta filters, and we all know that European sun has no bite and their tan will be gone after two consecutive days under 25 degrees AND they will probably need to have 10 skin cancers cut off in ten years’ time.

Ooh, look at them jumping off those sun-bleached rocks into the cool caress of azure waters below. Yes, it looks nice, but did it really feel nice? The truth is that Tracey from your 2011 economics tutorial had to hike for 30 minutes, sweating like a hog in the blistering heat, to reach that rock. This hurt her feet because the most sensible shoes she packed were some flatform leopard-print Vans. She was secretly scared about making the jump but did it anyway because she was trying to impress that guy from her Sail Croatia boat, and then when she finally did the impact stung her sunburnt skin, her bikini top came off over her head and was stolen by that creep from her Contiki tour who thought it was funny, and her bottoms rode up and to the side, revealing her outer-labia for all to see.

Whether it’s the Leaning Tower of Pisa, the Colosseum, the Eiffel Tower or the Sagrada Familia, old mate you went to high school with is sure seeing a lot of old and cultural things. At the rate you’re going, by the time you’ve saved enough to go see them yourself they’ll all have either disintegrated, been blown up by terrorists or turned into resorts by Supreme Leader Trump. Don’t fret, Helen, seeing those things is a bad time anyway. There are always lots of people and they push you until you have a panic attack, you’ll probably get pick-pocketed, and the likelihood of getting bomb tested and cavity searched at every construct of cultural significance increases by the day (and with each shade that your tan deepens). Not to mention that inconsiderate tour groups will walk in front of your camera phone so relentlessly it will take almost 20 minutes to get a shot like the one your ex-housemate Greg just uploaded.

What sort of inhuman devils are those couples who can afford houses together and holidays together, and do exciting and youthful things like travelling while maintaining fruitful adult relationships? For most people it is one or the other (or for you neither), but then those two just have to go flaunting their uncanny ability to grab life by the pussy and do adult things simultaneously. Should that picture of Danny proposing to Catherine on a balcony in Santorini really send your eyes a-green, though? Because deep down we all know Danny is a high-functioning alcoholic and Catherine is a passive aggressive C-U-Next-Tuesday, and basically all they’ve committed to is spending thousands of dollars on a wedding to please family members they don’t like, and not breaking up for at least five years after the point of irreparable hatred just because they put rings on it. Soon they will probably have children because Catherine is a condom-pricker if you ever saw one, and then the only holidays they will be able to afford are to Phuket or Dubbo.

Omg babe I miss you so much thanks for the best summer ever so many memories etc. etc. Please. No matter how close they were with their travel buddy when they departed fresh-faced, STD-free and 8 kilograms lighter, they hate that fucker now. The way she never had her own toiletries, her card “never works”, she never had clean underpants and ended up borrowing a pair almost daily. The way he would always snake in after all the groundwork with those hot backpackers had already been laid, would jerk-off in the hostel toilet and use all the toilet paper while his pal desperately tried to hold in that after-grog-bog, and was always wrong about directions but still it was always his way first because of his commanding alpha-male charisma. Don’t envy the memories those two made together, because once they get home it will be a good four weeks before they so much as speak to each other.

Wow, look at Lucy from Accounts with that teeny, pointy-ended little fibreglass babe magnet. She must have got really good almost as soon as she stepped off the Jetstar flight at Denpasar Airport, because didn’t she say just before she left last Friday that she had never surfed before, ever? Lucy is deceiving you just as she will later deceive that Brazilian surfer beau at Single Fin. The instructor’s board which she stole for the purpose of this Insta shot bears no resemblance to the foam monstrosity she spent 40 minutes getting hit in the head by before giving up.

Downward dogs in Dubrovnik, crow poses in Croatia and lotuses in Liechtenstein, will it ever end? Yes, it will. Did you know an estimated 5000 mildly-flexible fuckers fall to their deaths each year trying to pose in unsafe places? We made that up, but it satisfied you to read it, didn’t it you sick fuck? But even though it’s not true, what are you doing envying people without sufficient intellect to come up with anything more original than Dance like there’s nobody watching…

If you’re not cluey enough to work out the truth behind Josh-from-your-first-job’s profile picture with the “tame” tiger in Thailand, you don’t deserve to ever travel anyway.