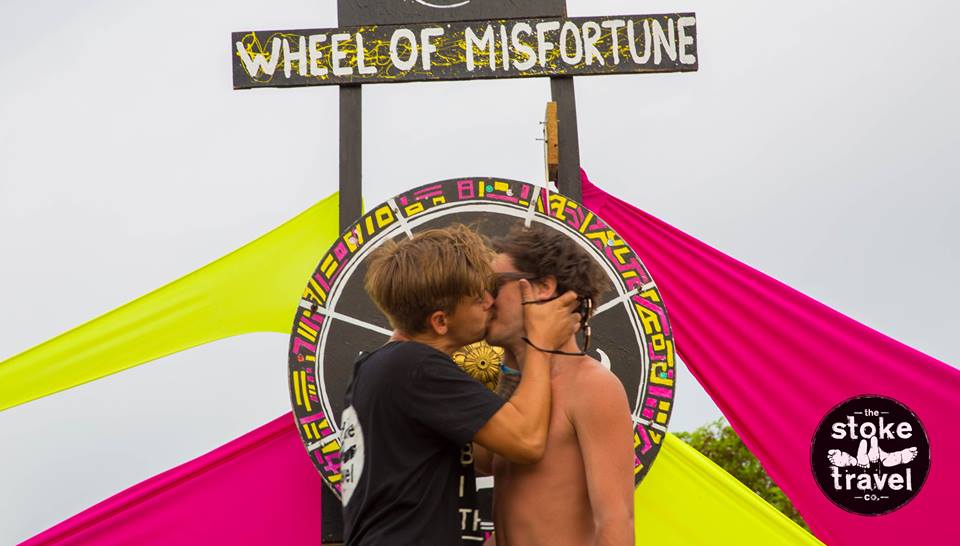 And if your wedding party is bigger than 15 people we’ll throw in the ceremony for free!

BARCELONA, SPAIN. Following a resounding victory for the blatantly obvious in Australia’s harmful same-sex marriage plebiscite, Stoke Travel has announced that they would be adding LGBT marriages in 2018.

While offering safe spaces for travellers to be whoever they want to be, Stoke Travel has always struggled to attract a significant portion of the gay market, sometimes being more of a bogan, or “frat boy” option. Well, as of 2018, that should be a thing of the past.

“Here’s what I’m seeing. Big pink marquees, feather boas, champagne. Drag queens as wedding singers. Platters going around covered in hors d’oeuvres and party drugs. We’ll provide the whole service, from picking you up at the airport in one of our vans, to giving the happy couple our finet tent to consummate the marriage. How much are those big tubs of lube, the pump action ones? We’ll even throw one of those in, why not.”

Stoke Travel has long prided itself on being a more inclusive travel company and is glad that another developed nation has finally pulled its finger out and given people the legal right to put their finger in, a wedding ring.

“I mean, the plebiscite was just a bloody waste of time and money, wasn’t it, who gives a fuck who marries who, and what a distraction it’s been from actually bloody running the country, but it’s good to know that the majority of Australians aren’t backwards, mouth-breathing, god bothering troglodytes like some of us have always suspected. Good on you for going the long way about doing what the bloody conservative Catholic Spanish have had since 2005.”

When pressed on whether gay marriage would mean people would now be able to marry their pets, cousins or favourite fire hydrants, the Stoke spokesman was optimistic.

“Wouldn’t that be friggen great! Imagine all the happy people and all their happy wedding money if we could marry whatever person, animal, or inanimate object we wanted. I mean, ever since gay marriage was legalised in Spain the only thing that’s happened is that gays of got married, but I imagine a bright future where Stoke Travel can profit off all kinds of marriages.

“But for now, to all the gays, lesbians, transexuals, queers, to anybody who wants to get married, we’ll be hosting non-binding* gay marriages next year, and if bring along a big enough group for the party we’ll throw in the boring part of the ceremony for free. You’ll be paying for the fun party, obviously, because that’s where all the money is to be made.”

When asked if Stoke Travel was seeking on profiting on people being given a basic human right a long time after it should have been given, our source was unapologetic.

“Wedding’s, mate, they’re a license to print money, gay weddings more so. If we’re profiting off people’s happiness, then so be it”.

* Given that Stoke Travel has no right to officiate anything other than the biggest and best festivals in Europe, all marriages, same sex or otherwise, will be symbolic and a waste of your money. Congratulations on finally doing the right thing, Australia.