Stoke Travel’s Guide To Getting Kicked Out Of Establishments 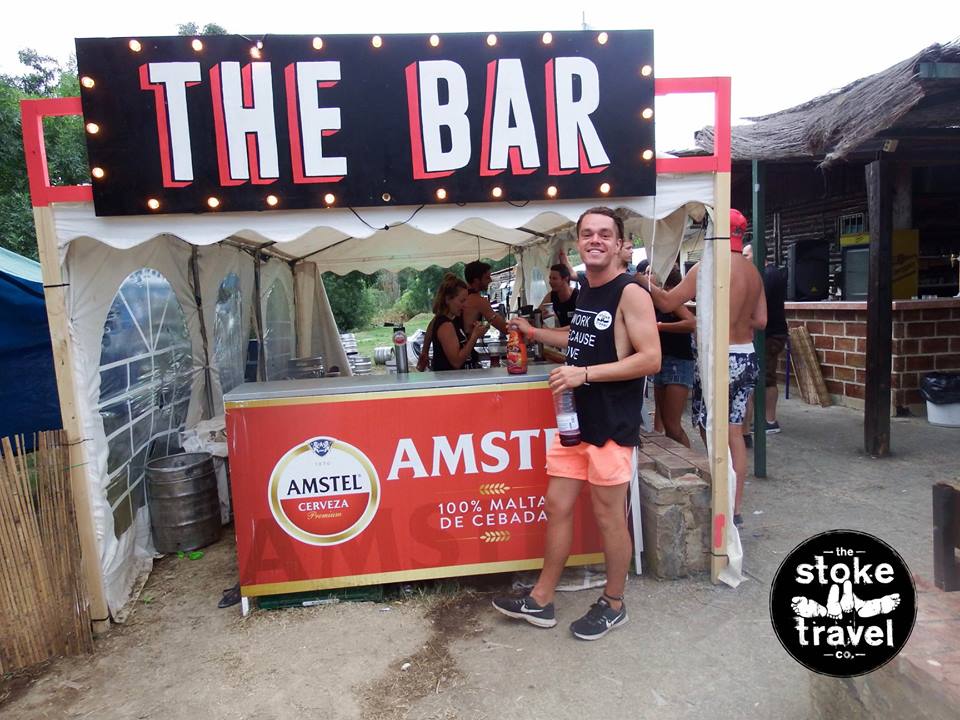 Like death and taxes, getting kicked out of bars, restaurants, pubs and clubs can be totally avoided. In Europe, where Stoke Travel lives and dances, getting asked to leave, or forcefully ejected from, establishments is a rarity, a situation reserved for only the most monstrous of partiers. This is in contradiction to Australia, and the USA, where overzealous security personnel will eject a reveller for having too much fun, as if that wasn’t the only wholesome reason for entering any place that serves alcohol.

Sometimes, however, no matter where we are we’re going to be watched by security, cut off from the bar, made to drink water, told to take it easy, asked to leave, or even forcefully removed from the place you want to be in, the place where all your friends are, the place you’re invested in having a good time in! And when those times come, we want you to be prepared for them.

If they can’t see you, they can’t hassle you. It’s as simple as that. The problem is, security are actively looking for you. It’s not only their job, it’s their passion to exert some control over you, compensating for all the school years when people like you had more fun than them. They’ve got chips on their shoulders and a plastic badge and can of pepper spray to back it up.

So you’ve got to outsmart them, which isn’t hard because as a very general rule, security guards aren’t so smart. You have to be a master of barroom camouflage, blending into your environment so that you might safely slam vodka sodas without the fun police’s night-ruining stare stuffing up your chances of getting nicely festive. Here’s how:

WILDCARD: during this phase you can try and curry favour with the security forces. This can be a wise tactic, as they may look at you compassionately because you asked them how they’re going, and whether they’ve had a busy night, with much trouble. But it’s dangerous, because now they know who you are, and  if the security can’t find anybody else to flex their muscle on, your now familiar face might be enough to see you evicted.

Ok, so it’s unlikely you were able to avoid security all night, so at some point they’re going to approach you and try and stop you from having fun. How you behave at this stage is going to determine whether you spend the rest of the night dancing like a legend and making out with babes, or sitting alone outside the fun zone, considering getting a falafel wrap.

When the security guards approach you, they’re going to accuse you of being too intoxicated. Here are some of the questions or accusations they might throw at you, and some responses you should conisder.

This is where you have the chance to retain a final shred of your dignity. Once you have no other option to remain inside the venue having fun, you should take the high road, and when it comes time to be escorted out of the pub/club/bar you should thank your captors for their professionalism, say goodbye to your friends, and then promptly flop on the floor and play dead. There is nothing quite as difficult to carry as a completely lifeless body, so if they want you out of there, they’re going to have to work for it. Fuck ‘em! It’s their loss to not have you in there, you were about to bring up the value of the place with your fire dance moves.

The hardest place in the world to get kicked out of has to be a Stoke Travel camp. Our open bar is legendary, and if you’re not annoying anybody else – or being a danger to yourself – you’re free to continue having a good time. Why don’t you check us out in Valencia, for La Tomatina, or in Munich for Munich’s Oktoberfest, where we’ll be partying with more than 7000 new best friends!