The Chosen One: Stoke’s San Vino 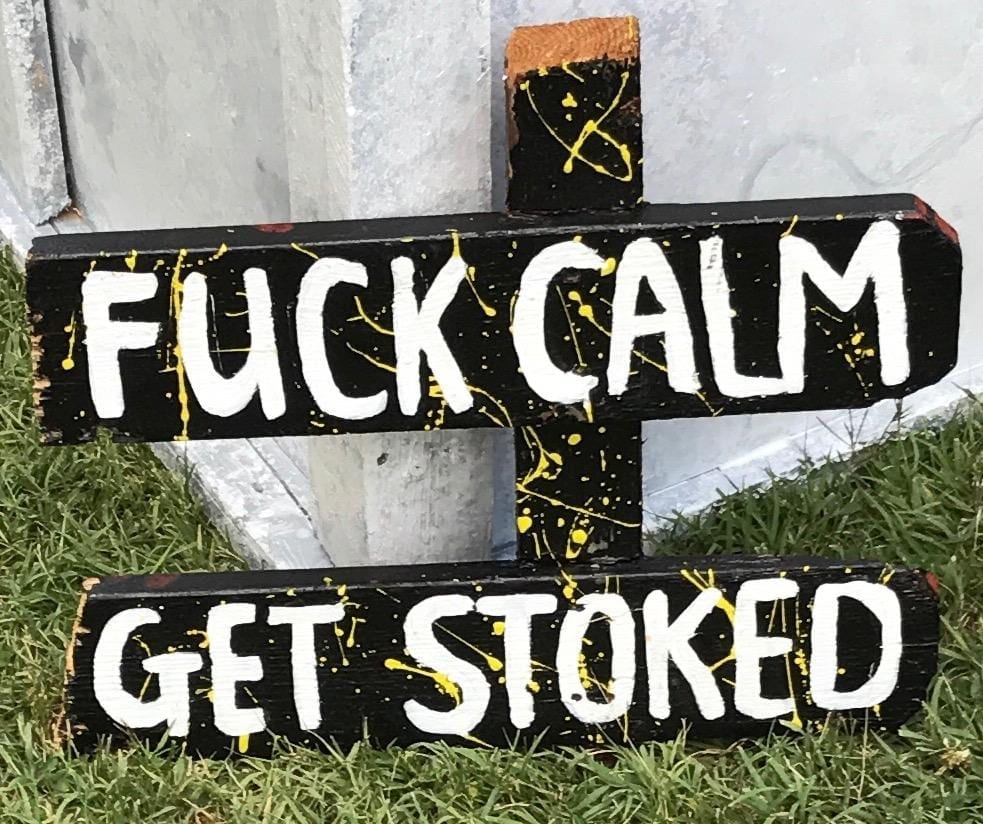 Editor’s note: over the winter we ran a competition to find the “Chosen One”, a one-of-a-kind, absolutely average, everyday hero who would win our Most Ordinary Extraordinary Job In The World — a summer of back-to-back Stoke Travel trips, where not only would they be expected to have the time of their life, but to also much in and set up tents/serve you heathens your beer. Well, our old mate Ryan is the winner, the Chosen One, and this is his blog about his time with Stoke Travel. One trip down, who knows how many to go, get ready for the most fun of your life, Ryno.

Five hours on a bus with the Stoke Travel Co., and I already knew that the competition I won would provide me the experience of a lifetime. The general mood of the crowd started off with intimate groups of people; some friends, some strangers; talking amongst themselves until Seija, the event manager, came up with a game for us all to play. The three people who had had sex in the most obscure places, would receive free bottles of wine. Mind you, this was immediately after a rest stop to which the majority of the persons on the trip procured alcohol; therefore, the group started to lighten up to each other. With the combination of putting all our dirty laundry on the table and the alcohol, we were well adjusted to each other once we arrived on camp. 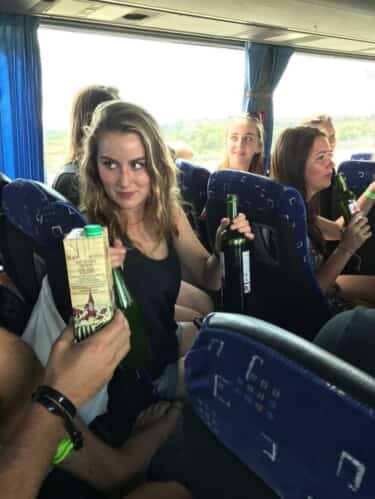 The bus ride, Barcelona to San Vino, where the official “no drinking” rule was absolutely not enforced. 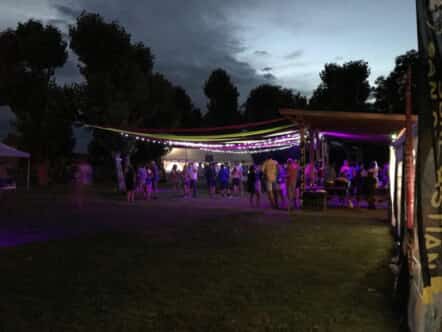 The San Vino campsite ground zero the night before the madness really begins.

I soon met various members of the team, some of whom I would party with the rest of the summer, as well as the upwards to two-hundred guests, open-minded festival-goers ready to experience some of what Stoke’s culture is all about. The first night of unlimited beer and sangria was not interrupted by the rain, as we crowded under the awning, dancing until the early hours of the morning. The next day was spent lounging, enjoying each other’s company, the wheel of misfortune, the unlimited beer and sangria, and, emblematic of a festival about wine happening in Spain’s wine country, a wine and cheese pairing. At night we navigated the streets of Haro until we found ourselves in front of a giant DJ set up in the town’s square. We danced with the locals, watched the fireworks, and, of course, drank the vino. There are no organic bulls at San Vino, but that doesn’t stop this guy from donning a metal bull and filling it with fireworks. 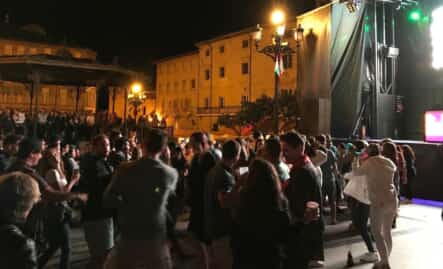 We woke up early and dressed in our freshest whites before our ascent to the top of the Riscos de Bilibio, armed with water guns filled with wine from a carton and transported by buses with seats draped over with plastic. The only word I can think to describe the following event is: carnage. We feebly returned fire with our water guns as we were drenched in wine thrown from buckets and hydroponic backpacks, pushing forward, out of the shade from trees and farther up the mountain. We basked in the sun once at the top, cheering over a view that overlooked the vineyards and the countryside. I simply remember thinking to myself that, “God is an artist,” as a smile formed at my face and I thought forward to the summer ahead. 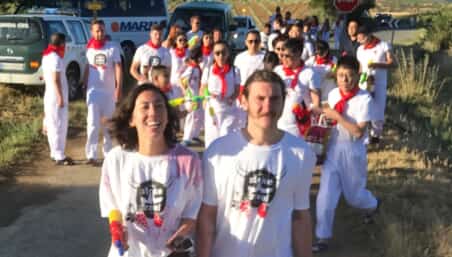 The walk to the Wine Fight, looking clean. 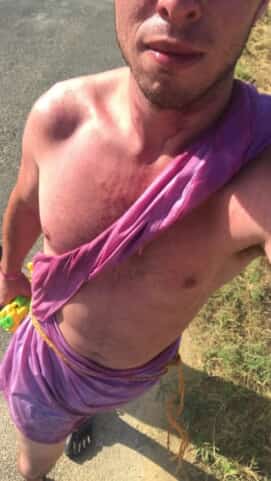 The return from the Wine Fight, looking less than clean.

Sound like your kind of fun? Damn straight it does. Whether it’s for next year’s San Vino, another type of food fight, or a chance to be the Chosen One, come and dance with Stoke Travel sooner rather than later.