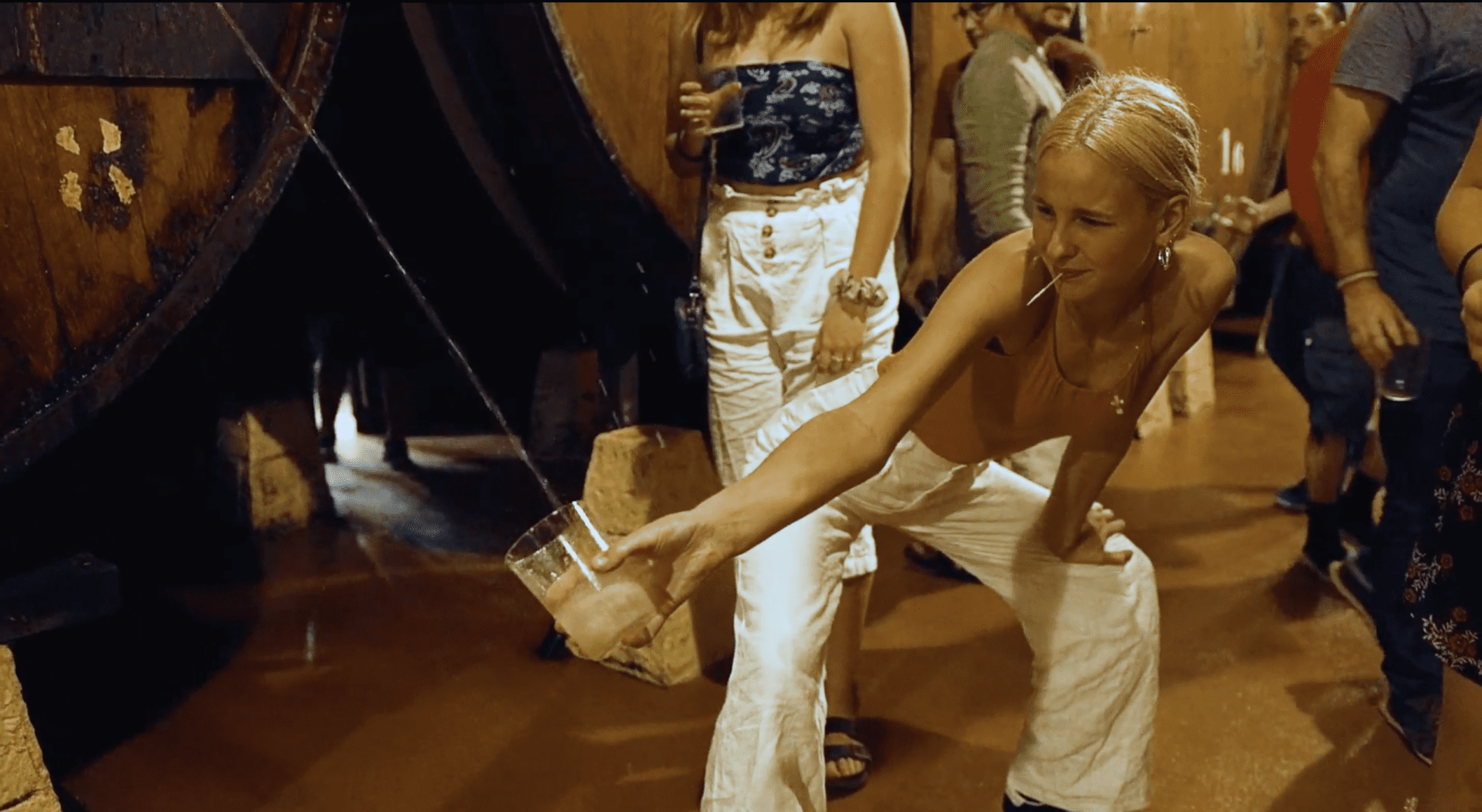 If you’re searching for information on the late 90s Tobey Maguire Oscar-winning film, then I’m afraid you’ll have to look elsewhere. But if you’re wanting to find out what exactly goes on in a Basque cider house (sidra in Spanish) – a heavenly, border-line mythical Shangri La for any traveller with eyes bigger than their bellies – you’ve come to the right place.

Okay, while this statement isn’t technically correct (there are some real stinkers in the rest of the world), as a rule of thumb it holds true for the majority of the Basque Country. There are the larger, world renowned places such as Petretegi and Saizar, or the smaller more, intimate settings of Satxota or Arizia. Most will cater for groups big or small, but in my book it’s best to support your local. We like to kick it at Satxota.

HOW TO PREPARE FOR AN APPLE CIDER ONSLAUGHT

A visit to the cider house is not something to be taken lightly. Preparation must begin the day of, or in fact, the evening before. It is important to have a good night’s sleep, and to wake up with a clear head. A hungover cider house visit is possible, but you’ll never be able to truly appreciate the unlimited cider (more on that later) without tackling proceedings with a clear head.

Furthermore, it is important to monitor one’s food intake before entering the cider house. Eat too much food, and you’ll never make it to the final course. Eat too little, and you’ll fill up on table bread before the meal has even begun.

THE BEST CIDER IN TOWN

Upon arrival at the sagardotegi (that’s cider house in Basque), you’ll be given a glass. Make sure to guard this glass with the ferocity of a mother wolf defending her cubs – for it is not just a vessel in which to hold your booze – it is so much more. It is a vessel that will carry you throughout the night, away from the pits of sobriety, along the river of tipsiness, and deep into the depths of drunken delight.

Plus, if you lose or smash your glass, the staff get really angry.

Before the first course is served, you’ll be led out through the restaurant and into a cellar. Some cellars are small, others are massive – depending on which Sidreria you go to – but all will contain cider barrels. The owner or manager of the cider house will shout “Txotx” before opening the tap of the barrel, to allow fresh non-carbonated cider to shoot out, ready for you to meet it with your glass.

Keep your glass as low to the ground as possible, and ensure the cider hits the inside rim. This aerates it, and is the only real way to drink Basque Sidra. “Why do you need to aerate it?” you might be wondering – Basque cider is pretty different to your average drop, uncarbonated and made solely with apples – hence the famous long pour. Fill your glass to two or three fingers, and then knock it back quick smart, like a Scotsman drinking whiskey after his wife just left him.

Once you’ve had your fill of cider, head back to your seat for the first course, which will likely be there waiting for you – sizzling chorizo, soaked in cider, best served in true Basque fashion, alongside a hunk of bread.

In between courses feel free to wander back to the barrels to get your fill. As mentioned previously, the cider is unlimited, and you’ll only ever be denied another drink if you’re being a belligerent bastard.

IF YOU DON’T LIKE FISH, YOU CAN COD OFF

Next on the menu is a cod omelette. You may have noticed there’s not been much mention of vegetarian options so far at the cider house. It’s not because they don’t have vegetarian options – it’s just because they’re comparatively shite. The omelette, however, is the only exception, where fish is substituted with pimientos, or green peppers. Either will beat any scrambled nonsense you’ve ever made hungover for a Sunday fry up.

After this we’re getting to the real shit – the delicacies. Next up is more cod – Bacalao in pil pil sauce. A Basque speciality nearly as old as the ancient people themselves, the sauce is created when the oil emulsifies when combined with the fish. And it tastes really fucking good.

Then we hit the crown jewel of the cider house menu. The crux of the course. The pick of the crop. Txuleta. Slabs of rib cut steak so soft, so tender that it’ll ruin all other meat for you until the end of your days.

If you like your steak medium or well-done, keep it to yourself. Txuleta is cooked rare, charred on the outside and bloody on the inside. To ask for anything else is to be doing yourself a mischief. Plus the chef’s will likely tell you to eff off.

Lastly, if you can even contemplate more food, locally sourced cheese, quince paste and uncracked walnuts will round out the evening. Tradition dictates there is only one way to crack open the walnuts at the end of your meal – with your forehead. I’ve a funny feeling this tradition has been completely made up by one of our Basque mates who’s been looking for a chuckle, but it’s still a perfect way to finish up a completely debaucherous night.

By this point if you can still stumble in the right direction of the bus to take you home, you’ve just about survived. Bonus points if you stay awake for the whole journey home. Then again, if you’re still coherent at this point, have you really been following the cider house rules?

Looking for a place to crash after you’ve staggered out the Sidreria doors? Look no further than the Stoke Travel San Sebastian Surf House. Check it out HERE.

Reports have come out of San Sebastian, in Spain’s Basque Country, claiming that Stoke Travel’s Surf Camp there isn’t in tents, but in a real-life house with really real beds….