The Easy to Find Drugs in Barcelona 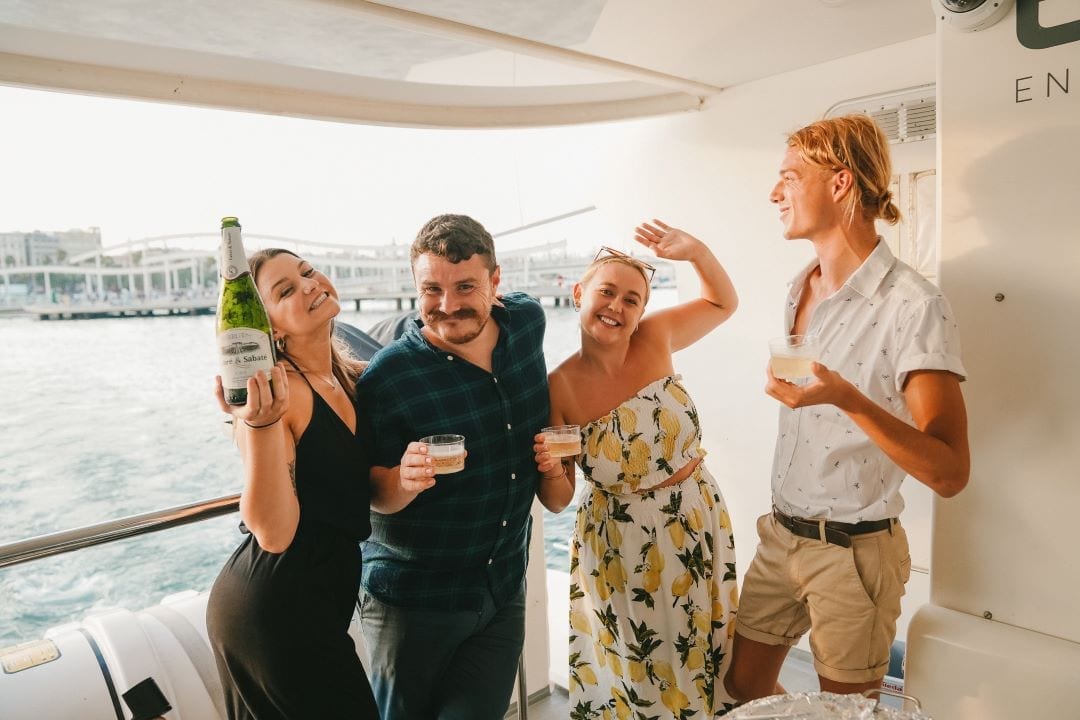 You don’t need to look hard to find something to get you going.

Who said Pablo Escobar needed to be involved to get you high? South America’s second favourite export is coffee, and this drug is readily available on almost every street corner in the city of Barcelona. Dubbed ‘The Poor Man’s Red Bull,’ coffee is always going to help get you over the line at four in the morning when you’re feeling the heat of a good old-fashioned alcohol-infused blowout in Barca. It may not have the same effect as the white stuff, but when the going gets tough, you’ll be happy it’s there to help.

Speaking of alcohol-infused blowouts, you’re going to need some booze to get you there in the first place. The drug of Kings, alcohol has been creating love, causing fights and drowning sorrows since 7000 BC. Like a good suit, it never goes out of fashion. Barca’s bar and club scene is second to none, and you can be sure that some of the best quality drinks in the world can be found within the city limits. Of course, the team here at Stoke Travel are well aware of this, which is why we’ve called Barcelona home for over ten years. What’s more, we know more about Spanish wine than most and if you want to learn from our years’ of experience why not join our ¿Wine Not? Spanish wine drinking experience?

I know, I know, it’s not what you’re expecting, but it might be better to hear this from me rather than have a very disappointing night. The charming lads down at La Rambla are trained in the art of picking out a tourist from a mile away, which is why, despite your best efforts at fitting in, you’re likely to be asked if you smoke weed the second they lay eyes on you. Now here’s the real tragic part, that ‘weed’ has about a 5% chance of actually getting you high. Instead, you’re likely to be looking at €10 bag of very healthy Jasmine Green. Go home, crack the kettle on, get your mates around and enjoy a game of Monopoly with a hearty cup of tea. You got done.

I know, it’s not the little pill you’re looking for at eleven at night, but trust me, it’s going to be the one you need the next morning. Paracetamol has been keeping the Stoke team ticking along for years now, and after some heavy days on our Barcelona Boat Parties, it’s almost been better than that other little pill. Almost.

Now we will never condone cigarettes. They’re bad for your lungs, ruin your teeth, and weaken your immune system… but when you’re two pints deep and they’re only €5 a pack, you won’t be the first or the last person to reach for one of those little white soldiers. Immune to the heightened taxes found in other parts of the developed world, ciggies are still affordable for the common Catalan, meaning that they are one drug that is very easy to find, and very easy to enjoy – especially when you’re pretty much always going to be at least two pints deep. And I really mean at least.

The stuff you’ve been thinking about the whole time. Pills, powder, and grass. The holy trinity of any unforgettable evening here in the big city – shit, I mean, we don’t do drugs. The real shit is a bit harder to find than my previous few examples, but it’s also the stuff that’ll be worth the search. There’s no definitive answer to knowing exactly where to go for this, but you have to be careful when you look. A lot of people are going to try and rip you off with an inflated price or a shit product, and you’ve got to make sure that you don’t get punked. The team here at Stoke are not affiliated with anyone in this subsection of society, but we might know a guy that knows a guy that might be able to point you in the right direction. That’s what friends are for right?

You don’t need substances, illicit or otherwise, to have a great time in Barcelona – but they don’t hurt! Until they hurt, and then they really hurt. How about you just come on down to Barcelona, we can have a few shandies together and see where the morning takes us? For all things Stoke Travel in Barcelona, why don’t you slide yourself over here.

Barcelona Boat Parties are back on for 2020! We’re operating according to COVID-19 regulations in the new normal, and partying on a boat is one of the few things we’re…

The Best Places To Eat Paella In Barcelona

By K.P. our resident food critic Paella is one of Spain’s national joys (as you probably know) and is hands down the one dish you HAVE to wrap your mouth…

The Best Brunch In Barcelona

By KP, our resident food critic Surely you know that StokeTravel do a bottomless brunch with unlimited mimosas at all of our destinations, because we know that nothing beats a…

By KP, our resident food critic Us Stokies know good coffee (comes with being so regularly hungover/busy), and while Spain has always had a coffee drinking culture of some sort,…

By KP, our resident foodie Up there with kebabs and curries as the ultimate hangover food, there’s nothing quite like chewing away the previous night’s sins – or doubling down…

By KP, our resident food critic Italian food is a classic favourite amongst the masses. To be fair, I don’t think I have ever met a soul that didn’t enjoy…