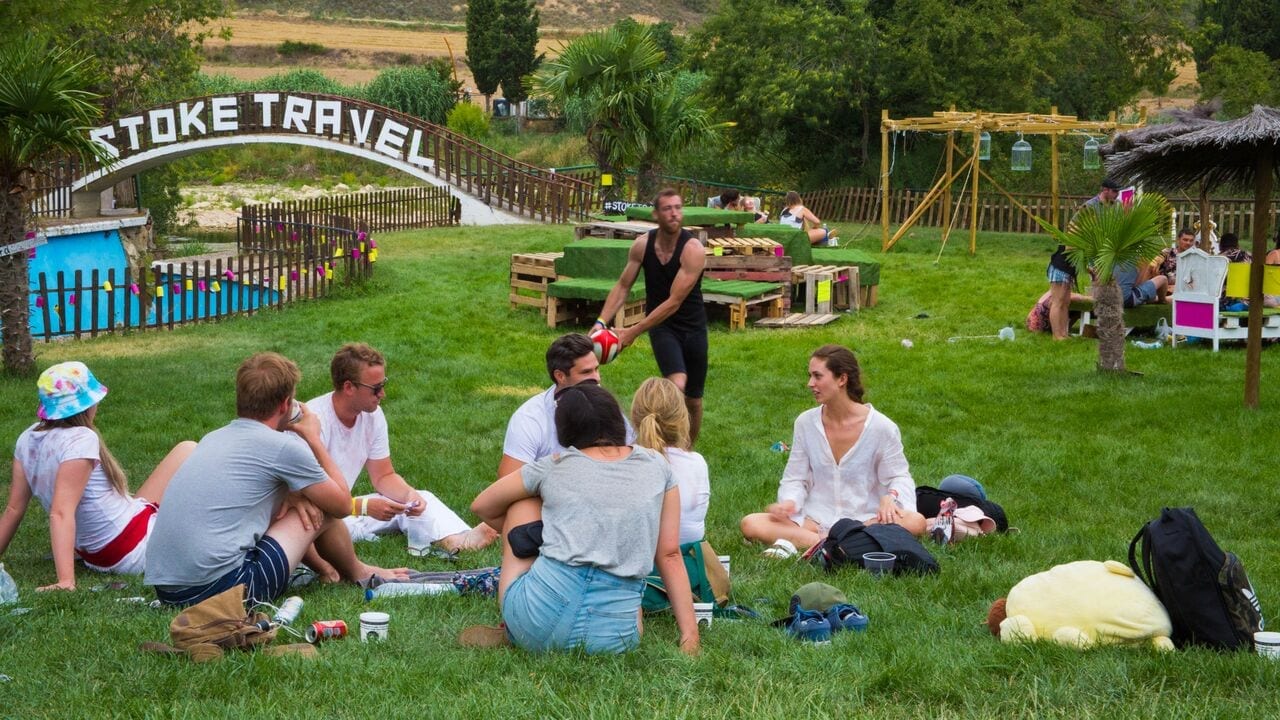 For decades El Molino was the place to be in Pamplona. More than just a place to stay, the legendary campsite was a rite of passage, a meeting place for travellers starting their epic European adventures and the basecamp for many a San Fermin (mis)adventure. El Molino, located outside Pamplona, on the river Arga and alongside the picturesque village of Mendigorria, was the campsite of choice for Australian, Kiwi and American Pamplona pioneers, the first stop on the infamous European “van tour”, a pioneering place in the city that accepted large groups of young travellers who wanted nothing more than a world-class street party, a little Basque and Spanish culture, and maybe an encounter with a rampaging bull.

But the campsite’s popularity waned. Tour groups opted to be closer to the city, disregarding El Molino’s unbeatable vibe and superior amenities. The Running of the Bulls became less and less popular, as the animal rights issues it presented became impossible to ignore. What was once a vibrant hub of travellers, partiers and thrill seekers went back to being a beautiful, grassy campsite on the banks of a Navarese river.

But Stoke Travel wants to change all of that. We want to restore El Molino to its glory, to get the hordes of fun-loving travellers back and to show them the time of their lives. This year Stoke Travel is partnering with the El Molino campsite, not just to give our guests a superior experience, and not only to revive this legendary place to stay. We’re teaming up to reinvent the way young people travel to festivals – and we’ve come up with something amazing.

El Molino Is Further Away, But Fuck It’s Worth It

El Molino isn’t as close to town as Pamplona’s other campsite, but it makes up for it in amenities. One of the things that makes El Molino better is its generous grassy areas, many of which are naturally shaded. Trust us, there’s nothing you’ll appreciate more than a nice, comfortable patch of grass to lay on away from the Navara sun’s relentless rays. Sleeping on a sunny dust patch ain’t fun, not after a day/night/night and day of mayhem. El Molino also has two bars, one of which is Stoke Travel’s unbeatable open beer and sangria bar, a massive pool for pool parties, onsite restaurant, rock climbing wall, mini golf and plenty of space for activities, activities that we’ll tell you about now.

Don’t Like Bull Runs? Perfect. We’ve Got Something Else For You

We don’t blame you if you’re not interested in the bull run side of the party. Not many people are these days. But the bull run is ONLY FIVE MINUTES OF THE DAY. The rest of the day is devoted to activities that have nothing to do with the bull run. Last year we interviewed a bunch of locals and asked them what they thought of the bull run and none of them were interested in it. They came for the parties, the music and the food. Most of the young locals party all night until the bull run, at which point they go home for a (five minute) nap. What we’re trying to say is, if you are against the bull run don’t let that stop you from experiencing this wonderful city and its amazing party. And if you can’t support a city that allows this to happen, consider that the Pamplona bullring only seats less than 20,000 spectators, and never sells out, despite being in a city of 200,000 that attracts bullfighting fans from all over the country and world! The vast majority of locals and visitors here, the millions that will attend San Fermin, have absolutely no interest in bull runs and bullfights – they’re just here for the party, and you should be too.

Stoked In The Park at El Molino

This is why we’re partnering with El Molino to put on the innaugural Stoked In The Park, Pamplona. We want to take people away from the bull run and get them into Pamplona’s true party spirit. We want to make the most of Pamplona’s street parties, free concerts and amazing food, and then treat you to music, food, wine and all kinds of fun back at the campsite. Stoked In The Park will be live music, like Australia’s Art Vs Science, food trucks, friendly sporting competition, DJs playing until the early morning, pool parties, and all manner of bull-free good times, in this beautiful and legendary campsite. Stoked In The Park combines a music festival with festival travel, so the action never stops. You can spend your days in Pamplona city centre exploring the ancient traditions of San Fermin and then return to the campsite to rage all night.

It is with Stoked In The Park that we will revive the legendary El Molino travellers’ campsite. This is a new way to travel to Europe’s must-see cultural festivals and it’s fitting that we are launching this event at a location with as much travelling and partying history as El Molino. Stoked In The Park is free with your San Fermin all-inclusive accommodation package, at only €60 per night, or as a festival-entry only ticket for €30.