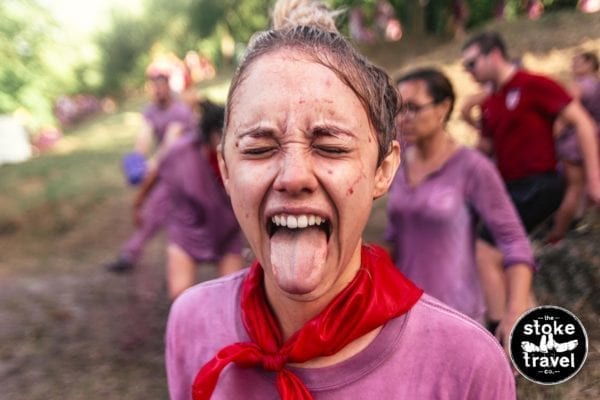 There is no greater experience in this travelling life than taking a solo trip across Europe. Free from the restrictions of having travel buddies with different ideas, open to changing your plans whenever a better opportunity arises, and forced to step outside your comfort zone and meet new people and try new things. Isn’t that what travelling, and backpacking, should be about.

The best thing about travelling Europe solo is that you can really go anywhere and do anything. The continent is absolutely, 100% safe and enjoyable for solo travellers, and you can freely enjoy any experience that you desire without having to worry about not being a part of a group. Also, there are so many fellow solo travellers and groups of open minded friends that when you need travel with some friends or a small group you’ll find many opportunities to do so.

There are many operators out there who will offer packaged trips for solo travellers. We think that you should avoid them, because you’re effectively signing away your freedom in order to travel in these groups – which is counterproductive to the reasons you set out solo in the first place. BUT there is another way, where you can sometimes suck the benefits of group travel, while almost completely retaining your independence.

Stoke Travel offers this type of service on our trips and at our events. You can save money and make literally 100s of friends by joining us at one of our festival campsites – like for Oktoberfest in Munich – but have the power to arrive and leave whenever you want, completely on your own schedule.

You’ll have complete flexibility if you purchase an Eurail train pass, or the equivalent on one of the bus lines, like the Interflix pass, allowing you to stay in locations for as long as you please, leave whenever you like, and go to wherever the train line (or bus schedule) allows you. Travelling this way and staying in hostels is an amazing way to see Europe and allows you to schedule trips to Europe’s famous festivals while you’re going wherever the inspiration takes you.

Totally go with the flow

This way is the simplest, most difficult, most rewarding and cheapest/most expensive way to solo travel Europe. Just turn up to your first destination without plans and make it happen from there. Decide where you want to go next by talking to people in your hostel, find the cheapest way to do so, be open to all forms of transport, accommodations and opportunities – simply get out there and let the wind take you from destination to destination. This is completely possible on a safe continent like Europe.

We’re a festival and party (and surf) travel company, so it makes sense that we would have some festival ideas for your solo travels. Festivals are a sure-fire way to find yourself surrounded by like-minded people and potential travel buddies for your future adventures. Here’s a list of some absolute banger festivals for solo travellers.

Oktoberfest as a solo traveller

This is the big grandpappy of European festivals, a three-week beer festival that will see more than seven million people drink their own weight in delicious German beers. The beer halls themselves are perfect for solo travellers, with the literal 10s of 1000s of people inside them more than happy for a lone traveller to join them at their table, share a few litres of perfect Bavarian beer, and sing some German drinking songs together. And if you can’t make it to Munich for September or October consider Springfest, basically the same event but on a smaller scale, in April and May.

And don’t forget about Stoketoberfest, Stoke Travel’s Oktoberfest experience, which will see 8000 travellers, study abroad students, ex pats and general beer lovers get together to sleep, eat, and party together when they’re not in the beer halls.

It could be quite convincingly argued that nobody knows how to party like the Spanish. Their street parties are legendary, going for days on end, seemingly without a break, and involving everybody in the village/town/city that you find yourself in – from the oldest grandma to the smallest babies and all the people in between. At a Spanish street party you’ll find yourself caught up in centuries old traditions and will feel like you’re a part of something much bigger than your own experience. In fact, it’s the best place to completely forget that you’re travelling solo as you’re swept up in the moment and invited to enjoy it with the locals.

Some Spanish festivals that we love include the famous San Fermin in Pamplona (bull run 100% optional and not really recommended), the Wine Fight of Haro – which is exactly that, a fight with wine, and La Tomatina near Valencia, which is the world’s biggest food fight and the best way to hurl tomatoes at absolute strangers and not get beaten up for it.

It’s true that you can travel to literally anywhere in Europe alone and have a great time, but there are some cities and destinations that really favour the solo travellers. And it just so happens that Stoke Travel operates events in these spots…

You can’t go past Spain’s second city for solo travelling. This big, beautiful Mediterranean port city will eat you up and spit you out a changed person – for better or for worse. There is so much art and architecture to see in Barcelona, so many monuments to snap for the ‘Gram, and so many delicious places to eat and drink and party – it’s no wonder that Stoke Travel has established our offices here.

Barcelona is the kind of place where you can stay in a hostel or Airbnb and do your own thing, see the sights you need to see and have the experiences that are right for you, and then choose to join a group tour, or party crew, or activity as you please.

Some experiences that you might want to try while in Barcelona include: the Spanish cooking class where you’ll make favourite dishes and taste them as you go; a cocktail class, which is the same but with only drinks; the Barcelona Boat Party which is the best way to make new friends while on the sea; or dive in for one of our Barcelona Party Packs, which will get you in the clubs and sufficiently socially lubricated to make new friends, or our Barcelona City Break, that gives you a little bit of everything that’s fun in this most fun city.

This Basque gem is increasingly becoming an absolute-must on all travellers’ itineraries, with the small city’s combination of ocean frontage, old town charm, world-class food scene, bountiful bars and all set under the verdant gaze of the Pyrenees mountains. Given that San Sebastian has more bars than anywhere else in Spain – maybe more than anywhere in the world – travelling solo has never been easier, just wander on in to pretty much any storefront in the old town, order something to eat, grab a drink and spark up a conversation.

Also, there’s a vibrant surfing scene, so if you can already ride the waves, grab a board and paddle out and meet your new surfy mates, or if you’re a beginner why not join a class and bond over your newfound love for breathing salt water and eating sand. The San Sebastian Surf Camp is the perfect space for surfers of all levels to get together and trade sea tales over a few beers at the end of every surfing day.

Can there be a better place for a solo traveller than the world’s premier party island? Taking a trip out to Ibiza is a rite of passage, and if we’re being perfectly honest it’s so much better to go out there solo, so you don’t have to worry about what the group wants – you can choose the parties that you want to go to and make all the friends in the world while you’re there (we wonder why everybody is sooooo chatty in Ibiza)…

Sometimes, however, it is fun to roll in a squad, because you’ve got somebody to share hire car costs with, and chat about the previous night’s shenanigans on a beautiful Ibiza beach. We’ll be heading out to Ibiza with two groups of party animals and general miscreants for both Spring Break and Easter Holiday, and couldn’t think of a better time for solo travellers to get together for a few days of party mayhem..